"Be Fruitful And Multiply"

I never thought I would read these words on a religious pamphlet.
Times they are a changing, if more religious people got off the "Go forth and multiply" band wagon we might have a chance. 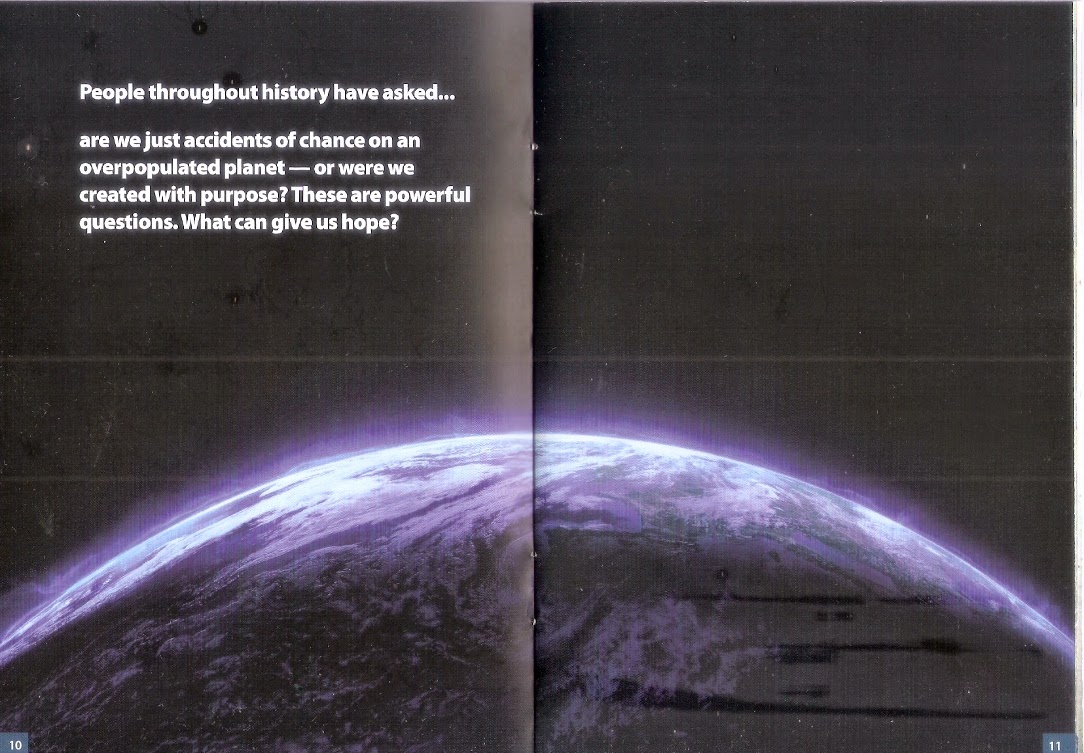 God said on the first page of the Bible (Genesis Chapter 1 verse 22, 28) "Be fruitful and multiply" but if you read on further there are other references to not overdoing the multiplying.

In the Genesis 3 verse 16 (King James Version) it is written "Unto the woman he said, I will greatly multiply thy sorrow and thy conception; in sorrow thou shalt bring forth children" God is not really making out that getting pregnant and having babies is a happy thing to do.


Also further on in the first book of the New Testament in Matthew 24 verse 19 Jesus says "And woe unto them that are with child, and to them that give suck in those days." Admittedly here the Lord Jesus is talking about the end of times. And now I think we are nearing the end of times, so it might be time to lay off having too many kids.

At the moment possibly the greatest threat to mankind is overpopulation when it is combined with global warming and peak oil.

But it is both politically and religiously taboo to do anything about it, so what do we do. We can watch as the world overpopulates itself towards extinction. When we look back at modern history through the last few thousand years we can see that the population has nearly always been controlled by famines.
In India there were famines throughout the 1700s and 1800s. One famine was so bad there were not enough living to bury the dead. It was called the Skull Famine or something like that. So our future doesn't look too bright.

The growth model will be the end of civilization as we know it.

So we carry on as usual and hope for the best. But Armageddon as mentioned in the Bible could happen any time soon. I would say anyone 50 or younger should see the start of the collapse of civilization as we know it.

For more gloomy stories about what we could expect very soon check out.

http://www.animalsdinosaursandbugs.com/Weakest-Link2.htm
Thank you for your time
Peter Legrove
The suburban survivalist

Peter
I’ve been apart of this internet thing for as long as I can remember. I started out on computers before Win98 and the first modem I got was a, I think, 28 and I upgraded to 33, and I thought the world has just got incredible fast. Then we went to 56. Anyway when my win98 clapped out from old age I upgraded to xp and I’m still using it. I still tell the younger generation about a scene from “Scary Movie 3” when Cindy types in a name into the search box, and then pop, pop, pop the whole screen is full of advertisements popups. They don’t believe me. That is what the internet was like in the good old days. It has changed a lot since then. Thinking back to my internet days I can’t remember when I started these things and I could probably look them up on the internet but why. I checked out secondlife back when my kid was 3 and now she is 17 so it has been a few years. And I still potter round on secondlife on Sundays when I go to church. It’s a good life. Most things kids take for granted we were at the forefront. My niece was utterly amazed, that I was on facebook before her as her dad, my brother is a bit slow when it comes to tech.